This fast-paced documentary covers Banksy’s month of making a piece of public art every day in New York for the month of October 2013. It was kind of a NaBloPoMo / NaNoWriMo thing with street art; the film called it a residency. I watched it with my brother, and we kept pausing it to talk about who owns art, what is art, whose opinions about art matter, cultural appropriation, graffiti and vandalism and defacement, the concept of property, the concepts of public versus private, whether art has to have a meaning, and so forth. My brother and I occupy quite different places on the ideological map, so there were times when it was a relief to turn back to the TV with our mouths pressed thin, but at other times we both got really animated in our enthusiasm for the topic and managed to navigate our differences well. It’s a process, right?

The documentary interested me for a lot of reasons, not the least of which being that I recently made my first foray into public art-making. As time goes by, viewers have started to add to my art. Although I don’t think they have improved my piece aesthetically (puh-LEEZ), I am delighted that there is some conversation happening. END_OF_DOCUMENT_TOKEN_TO_BE_REPLACED

Okay, so I saw this amazing film last night: Heart of a Dog by Laurie Anderson. I really don’t know much about film so I don’t even really know how to write a review of this but I was just stunned and moved and choked up and inspired and awed by this film.

I kind of thought it would be more about dogs, but while I was wrong, I was not disappointed. Anderson’s rat terrier Lolabelle does feature prominently, but this isn’t a narrative film in which a linear story is told (not even in a mixed-time-sequence way). It’s more like… well, like a long poem, or a series of vignettes, or a song cycle. Anderson weaves in Lolabelle’s life and death, her relationship with her mother, her mother’s death, 9/11, the NSA data centre in Utah, dog training, a traumatic childhood accident, film clips from her childhood, her own fascinating poetry-narration, and really incredible imagery.
END_OF_DOCUMENT_TOKEN_TO_BE_REPLACED

It’s hard for me to watch movies. Two hours is a long commitment to invest in something that I know in advance will likely irritate me. Also, I find it hard to sit still for that long. Also, by the time I am ready to watch TV in the evenings, it is usually less than two hours to my bedtime, and I hate stopping shows or movies in the middle.

But I was feeling tired and cranky this weekend, so I cancelled most of my plans. On Saturday night, I stayed home with my animals (missing what I bet was a fabulous night of techno music at the Pyramid, but at least my ticket was only $10 so I wasn’t too regretsy) and decided to take a chance on a movie.

I wanted something entertaining and light but not too light—because most comedy movies leave me cold. I cracked open a bottle of wine (and was I ever surprised to see it had a cork instead of a screwtop; I’m drinking classy booze now, apparently!), END_OF_DOCUMENT_TOKEN_TO_BE_REPLACED

It’s always hard for me to start watching a new show. I am easily irritated, and TV shows and movies seem to bring out my hostility in a way that only actual news stories can match. For example: I abhor a laugh track. If I start watching something and there’s a laugh track, I am very unlikely to keep watching. Because honestly, if you have to prompt me to laugh, you’re just not funny enough.

Also: reliance on stereotypes. The clueless hippie. The absentminded professor. The ditzy blonde. The geeky boy-nerd who can’t talk to girls. The geeky girl nerd who blossoms once you put her in a dress and get her some contact lenses. The Jewish mother. The Arab terrorist. The evil stepmother. END_OF_DOCUMENT_TOKEN_TO_BE_REPLACED

CAUTION: There are so many spoilers in here I can’t even. But don’t worry, it’s not worth watching anyway.

So not only have I not been sleeping well for weeks, I am now in Week Two of some hybrid flu / cold that started as fever and shakes and chills and has now evolved into a runny nose and phlegmy cough. I’ve barely walked the dogs for ages and they are getting tired of the confines of the back yard. My house is a mess and I am choosing to pretend this is because I am sick and tired (just work with me on this one). Mostly what I do in the evenings after a long day of functioning at work  is pop cold meds like candy and watch Netflix while wrapped in a quilt and pinned into place by various dogs and cats. END_OF_DOCUMENT_TOKEN_TO_BE_REPLACED 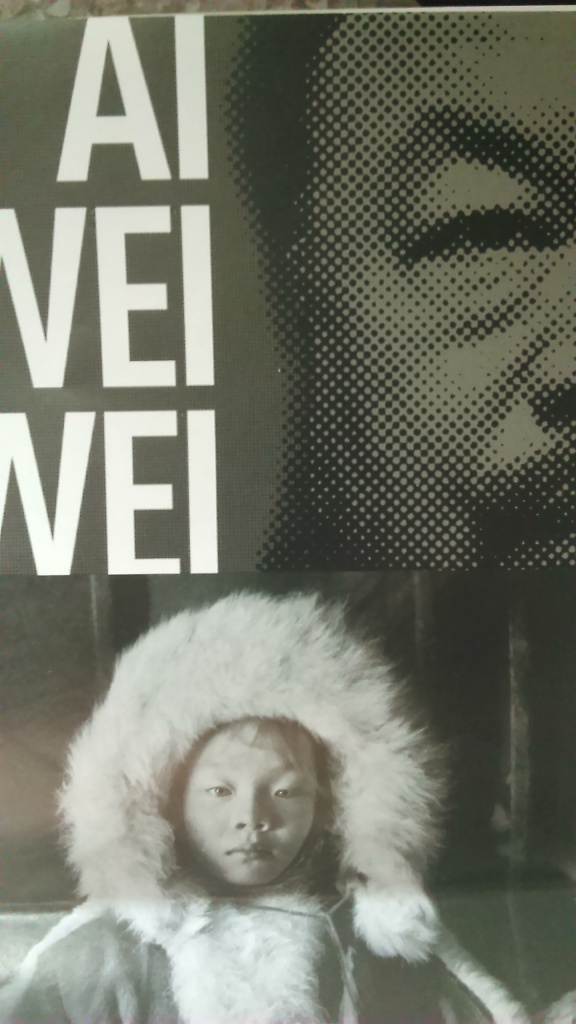 Picture taken from the Cinematheque guide.

I do try to be courageous and speak out against injustice and be a witness, but as Yoda says “Do. Or do not. There is no try.” Ai Weiwei gives a lot of thought to his art and politics, but when pivotal moments arrive, he does not pause to think; he simply acts in accordance with his own beliefs and ethics. END_OF_DOCUMENT_TOKEN_TO_BE_REPLACED